What represents power in the 21st Century? Nuclear weapons or Weapons of Mass Destruction (WMD), chemicals, illegal drugs, even terrorism itself? Maybe; however, think about it in a wider context, and you may recognise that control of the media may just be it, in particular the ability to formulate and control public opinion through all the various elements of the mass media. This is not simply misinformation, but control of thought and behaviour.

Of course this is nothing new, and is recognised in many countries, cultures, even religions around the world, but where formerly control was vested in the print media, then radio followed by television, today the internet in its various forms reigns supreme, but is far more widespread and difficult to control. This is ever more the case where personal popularity is essential to the continuance of the state as ‘they’ would want it. You may well think that this applies to the smaller, third world or developing countries in Asia, Africa, possibly South and Central America, but it is also the case in much larger countries, and none more so than in present-day Russia. China is a given because it is known as still communist and centrally controlled, but since perestroika in the early ‘90s and the break-up of the Soviet Union, Russia is supposedly a modern, democratic state, isn’t it?

Well, yes and no. The façade of a democratic country is apparent in (supposedly) free elections comprising several parties and the right to campaign (and protest), freedom of geographic movement, the ability to change jobs, start your own company, trade internationally, even migrate. However, the hand of central control – especially in the form of influencing public opinion – is actually never very far removed. 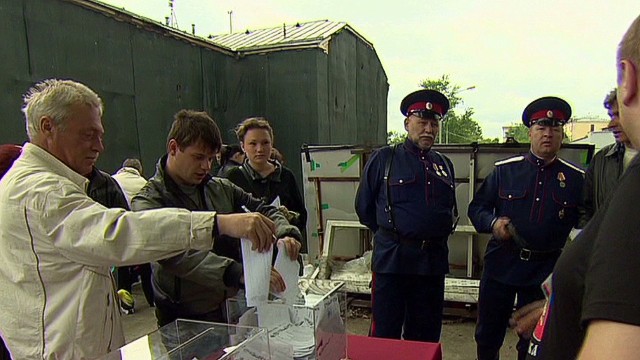 The Kremlin calls it the reiting – roughly ‘rating’ – which rules supreme over all of the nation’s political and economic decisions, as it purports to measure the most important vital sign of Russia’s body politic: the personal popularity of Vladimir Putin. At a current 82 percent ‘rating’, Russia’s elite relax, but when Putin announced his intention to run again for the presidency in 2011, it dipped to 62 percent, so there was almost indecent haste to reverse the trend at any cost, which manifested itself in recent years from staging a lavish Winter Olympic Games to taking the country to war in Ukraine and Syria.

The overall reiting is accumulated from several sources, but the biggest is a widespread monitoring body created by the Kremlin for the (undeclared) purpose of spotting and crushing discontent. However, perhaps unsurprisingly the most trusted one is independent of those run by Putin loyalists, and the only surviving independent pollster in Russia, called the Levada Center, after Yuri Levada its late founder. Launched in 1988 actually at the suggestion of the proponent of glasnost, the former Soviet leader Mikhail Gorbachev, it still, just, reports on ‘What are the people thinking?’ – the real feelings of the population, regardless of how unpalatable that might be to those in authority, although now in a very different Russia a generation later, under constant pressure from the Kremlin, and which rouses barely forgotten memories of the state-controlled apparatus of the soviet communist era.

In a democratic society which Russia purported to become, it was essential to understand the concerns, fears, likes, dislikes of the majority of the population, of which Soviet governments had no knowledge of, or indeed interest in. “The study of public opinion was meant to become an institution on which a democratic society could be built.” says Natalia Zorkina, an original member of Levada. To survive, a democratic government needed to understand its people, however, in a very short time, ‘public opinion’ as shown to the government was extremely antipathetic to President Boris Yeltsin by the mid-1990s, indeed advocating that the government should be thrown out. A panicked Kremlin even considered canceling elections, however, a small group of media moguls and self-described “political technologists” persuaded the Kremlin that it was possible to shape public opinion, instead of bowing to public pressure.

“All politics is information politics; there is no difference for us between facts and perceptions.” says Gleb Pavlovsky, a political technologist, one of the original key architects of the alliance of pollsters and media owners who also brought Putin to power in 2000. So the thinking that became today’s Putin regime was born: public opinion was something to be controlled and shaped, not something to be listened to. (Sound familiar?) 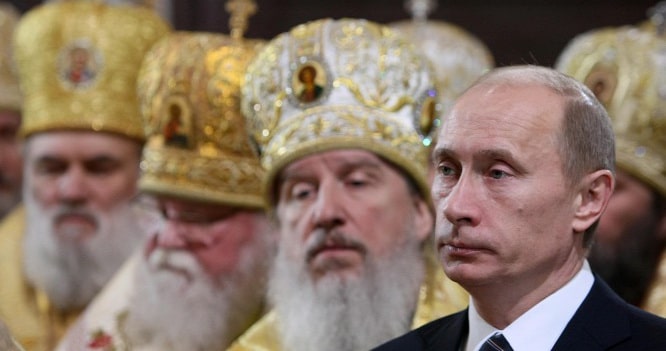 In short, the people running the Kremlin had changed, but the basic philosophy had not – formulate and shape public opinion, don’t listen to it. Dissuade people from making a democratic choice between different political ideals, and persuade as many as possible to support the national leader, supposedly in the national interest. For a few short years, public opinion had been the foundation of democracy, but now it became a tool of authoritarianism.

The Levada Center has followed Russia’s transition from democracy – however flawed – to an autocracy tolerated by a resigned population, and utilising the methodology Yuri Levada thought would bring Russia freedom—the careful monitoring of what ordinary Russians think about everything, from the price of petrol to western capitalism, from social security and trash collection, to nuclear armaments and … God.

The Levada center is a non-governmental organisation (NGO) funded by economic surveys for universities, commercial market research, and media organisations; a small amount of revenue comes from foreign clients. 3,000 pollsters nationwide question Russians by ‘phone, internet and in person; they believe in getting the real data, not just telling the people who fund them what they might prefer to hear. However, one veteran (anonymous) Russian TV host describes Levada as ‘former people’ (an ex-Bolshevik term used for aristocrats and bourgeois who had no place in Soviet society), who  are important for identifying the real picture of Russia, not the one that appears on official television screens.

Conversely, the Kremlin also produces data on public opinion, though the methods it uses are at best questionable. The Federal Guard Service – similar to the US Secret Service in primarily protecting the president – deploys thousands of state employees to monitor media and social networks for any sign of discontent, of potential political or social unrest. The All-Russian Public Opinion Research Center, or VTsIOM and the Public Opinion Foundation (FOM), act similarly. However, such state-sponsored polls pose questions in such a way that respondents are effectively asked – ‘do you agree with the norm, the majority?’

One example – following Russia’s annexation of Crimea in 2014, Crimean Tatars had effectively cut electricity from Ukraine, on which Crimea is totally dependent for energy, and which Ukraine refused to restore unless Russia conceded that Crimea remained part of Ukraine. VTsIOM polled people as to whether they preferred the darkness to agreeing to Ukraine’s demand. Apparently 96 percent preferred to suffer, interpreted by Russian TV as a sign of the locals’ wishing to stay part of Russia. In reality, it was not an opinion poll, but an invitation to prove loyalty…. people were afraid to answer honestly, fearing the consequences of a disloyal answer.

This type of leading-question polling is the basis of decision-making in the Kremlin. A former editor-in-chief of the opposition channel Dozhd TV, Mikhail Zygar, states that “Every [Kremlin] action is based absolutely on this polling – these polls confirm that everything they’re doing is right, that Putin is popular and the people love him.”

As described by the authoritative magazine “Newsweek”, ‘… the system is a kind of magic circle: ‘opinion polls’ shape official television coverage, which in turn shapes public opinion.’ Boris Berezovsky first understood the might of television; he took over Russia’s Channel One, the main TV channel, and used its influence to generate money and establish power. However, it was Putin who swiftly took that power into the Kremlin, disposed of any potential rivals (including Berezovsky), and shut-down all non-state media. Consequently, Levada’s Zorkina, identifies that the Kremlin has control unprecedented since perestroika over what Russians see, hear – and think.

Concurrently, the Kremlin (Putin) has recreated the Soviet siege mentality, that the country is surrounded by enemies, and that all problems are the result of foreign conspiracies. This is now imbedded to the extent where two-thirds of the population are said to believe that this is true. As Zorkina says “Putin has also rekindled the old Russian imperial idea, with its superiority complex and the idea that we are on some special historical path.”

Since Putin controls the Kremlin, he also has control over this not-so-secret – but devastating and all-powerful – weapon, public opinion shaped by state-sponsored media. Today, a microscopic proportion of Russians are actively involved in any political activity, partly because they are savvy enough to believe that they can’t change anything. The vast majority of activity is effectively confined to the support of the state, which is in the form of President Vladimir Putin, who has unprecedented (democratic?) control over what Russians see, hear—and think! At the moment, there is no credible alternative in either a political movement or a personality able to challenge the status quo. However – watch out! As has been demonstrated in many countries around the world, the population can only be subjugated so far, and for so long, and with the Russian standard of living dropping alarmingly in the last three years, based on the value of the rouble being halved in that time, no amount of propaganda can sustain such popularity indefinitely, particularly when it is based on fear-mongering, and costly wars, and in a society where what people REALLY think is either unknown or ignored by the supposed powers that be! 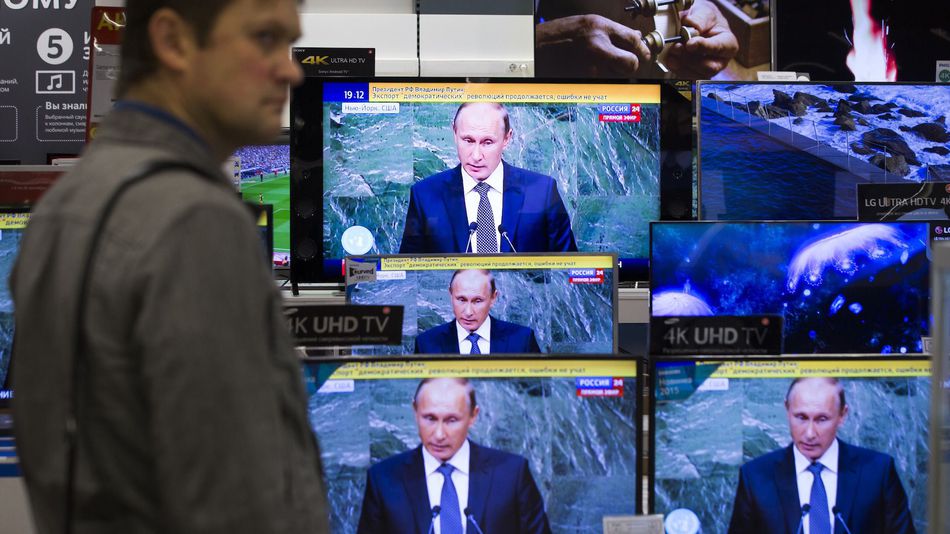